Why Are Queer Millennials More Likely to Freelance? 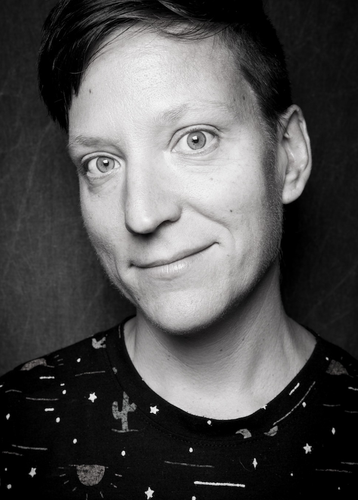 Sixty-one percent of LGBTQ millennials have a side hustle to supplement their income, compared with 45 percent of straight millennials, a survey from TD Ameritrade revealed. As a queer freelance writer who covers LGBTQ personal finance topics, the news that queer people juggle multiple streams of employment was not a surprise.

So why do queer folks like me seem to turn to freelancing and side-hustling more often than others? The reasons are varied but often come back to issues surrounding identity and comfortability working in a full-time role.

LGBTQ folks tend to be poorer than their cis, straight peers for both individual and systemic reasons. We often have less of an economic safety net to fall back on due to strained relationships with families. We tend to earn less and self-select toward industries with low pay and few opportunities for advancement, like hospitality. Queer women and trans people under earn less than their cis male colleagues, and many of us lack financial confidence and knowledge, which makes it difficult to be our own advocates in the workplace. A side hustle–particularly a freelance one, where we have control over our rates and hours–seems like a shortcut to the prosperity that's systemically been denied us.

When I worked in restaurants, I side hustled out of economic necessity. The catering gig I found paid better than my culinary job, helping me afford the cost of living in San Francisco. When I lost my restaurant and catering income in the recession, I was adrift. My roommate, a freelance writer, showed me the ropes. Content marketing was a lifeline when traditional employment failed me. While freelancing kept me afloat in the recession, I thought it was temporary. It was only after trying another conventional workplace, which turned out to be dysfunctional and lacked any chance of career advancement, that I left nine-to-fives for good.

Abby Lee Hood, a nonbinary freelance writer based in Tennessee, also fell into freelance work out of economic necessity. After graduating from college, Hood couldn’t find a job, not even when they approached local bars offering to work for free. Hood had done social media management for an alumni while in college, so they found a few more clients and “mostly” made ends meet. Hood moved back to Nashville and kept freelancing while they worked at the Apple store, then in social media management and communications positions.

“I was always freelancing but it was never my full-time job,” says Hood. That changed after a particularly stressful day job gave Hood heart palpitations. The combination of high stress, health issues, and bad leadership caused Hood to leave the position in 2019 and fall back on freelancing. As a full-time freelancer, Hood replaced most of their full-time income, earning $45,000 last year, compared with a $53,000 salary from their last employer. This money comes from a blend of assignments: freelance journalism, copywriting, and miscellaneous work, including game guides for IGN and a subscription newsletter with freelance pitch advice. “There are months when it’s a bad month, so income diversification is crucial,” Hood says, explaining their mix of work. So are “learning how to install some habits that are good for self discipline and self care.”

You can build trust with the Contracts tool from Indy. Start with an industry-specific contract template, add your own terms, and send it off to be signed.

Something Hood wished they’d learned earlier in their career? Negotiation skills and never to accept a client’s first offer. This is important for queer people given the pay disparities between many LGBTQ folks and their cisgender, heterosexual peers. “Particularly [for] queer POC, asking for more means you’re getting close to what white male cis counterparts are being paid,” Hood explains.

While Hood’s income is not enough for a single person to “live comfortably” in Nashville, which has a high cost of living, Hood says, “I would never go back to the office.” Freelance work is less stressful, they're able to be their full self with clients, and their health has improved.

Hood says their employers were “very welcoming” regarding their sexuality, but they’re not sure how a nonbinary identity or they/them pronouns would’ve gone over in the workplace. Hood, who is often misgendered in person, believes that freelance work acts as a buffer against misgendering. With email as their primary mode of client communication, there’s less of a chance for a client to get pronouns wrong, though mistakes happen.

Millennials are often encouraged to prioritize cultural fit in the workplace, finding a place where they can be their authentic self. For queer millennials, the complicated truth is that many traditional workplaces do not value queer people’s “authentic selves.” After falling into freelance work, queer freelancers tend to realize that it’s better for their mental (and, in Hood’s case, physical) wellbeing.

This is also the case for Christian Cintron, a queer POC who works as a freelance writer and describes his traditional workplaces as “conditionally” accepting.” Recalling his career in digital marketing, Cintron says, “I was relegated to gay assistant vibes and having to be performative to feel safe, because whenever I was honest and authentically myself, I felt disrespected [by my employer].”

Cintron side hustled long before it was a verb, writing movie reviews in exchange for free DVDs and other perks or creating ad-hoc small business marketing plans, but transitioned to full-time freelance work after a recession job loss in 2008. Whereas his employer did not value his full authentic identity as a queer POC, Cintron says he “almost exclusively brings LGBTQ identity and my heritage into my freelance work” now. “I’ve deep dived into queer issues, racism in Hollywood, and the unique relationship between Latinos and wealth in a way that only I could, all while not having to sanitize myself to fit into a corporate work environment,” he adds.

Scaling his freelance career from a side hustle to full-time job required that Cintron overcome internal obstacles around worth and build a new set of skills, including time management and prioritization. Cintron says that freelancing “showed me where I need to grow as an artist and a businessperson. It's forced me to ask hard questions about what matters most to me, what kind of life I want to live, and what my values are.” The discipline, self worth, and business skills Cintron developed through freelance work helped him launch his own business, Stand Up 4 Your Power, in 2020.

Traditional employers often fail queer employees like Hood and Cintron by not understanding or honoring complex, intersectional identities and thinking of DEI initiatives as boxes to be ticked, rather than deep changes to corporate cultures that all too often center cis white men. While side hustles can supplement wages, helping LGBTQ people to achieve pay parity with straight peers or get a toehold in economic stability, it's in taking control of their lives through self-employment that queer freelancers can achieve lasting economic and personal empowerment.