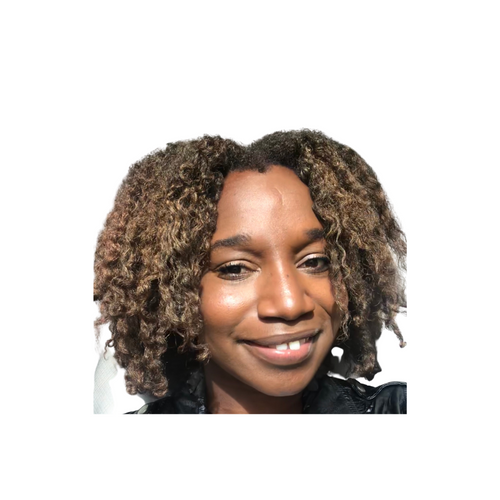 The dreamy bliss of freelance work or self-employment often entices so many Americans annually. According to the US Bureau of Labor Statistics, roughly 9 million people were self-employed, as a November 2020 report reveals. People want to control their careers and income, but for women one of the biggest obstacles to a successful freelance career is gender pay equity. In fact, the numbers say it all. According to a 2020 study conducted by Payscale, “women make only $0.81 for every dollar a man makes.” When you consider the tremendous financial loss of a woman’s earning power over time, with such a disparity, it would take 4 decades to reach parity.

Women and their careers can't afford to continue to play “catch up” when their livelihoods are at stake. What’s the solution to break these glass ceilings and ascend to gender pay equity? Some agree it will take enacting policies that eliminate disparities which perpetuate the status quo. Others support full transparency on the part of freelancers, clients and employers. The gender pay gap looks like a woman choosing whether she’ll be able to afford a website revamp or a professional development course to advance her career. The gender pay gap also looks like foregoing conferences and fellowship opportunities that have “pay-to-play” models because you can’t afford it.

What The Research Shows

A February 2020 Harvard Business Review report revealed “academics and policy-makers increasingly support the view that it persists, in part, because workers often do not know what their coworkers earn.” You may be wondering: “how do we go beyond the conversations and effect change?” Part of the solution is empowering all freelance workers to negotiate higher rates. For the newly self-employed, it’s quite easy to get trapped in a cycle where you’re lowballed into one gig after another. I know, because I have been there many times. You're just scraping by because you’ve signed a contract that you didn’t negotiate for a better rate. Here’s what Audrey Lang, a freelance writer had to say, “I am very comfortable negotiating but recognize this is not a norm. I am adamant on being paid what I feel I am worth for the skills I bring to the table. I am also okay saying no to situations or roles in which I will not be fairly compensated.”

Empower Your Peers by Being Transparent

Wudan Yan, a journalist and cofounder of The Writer’s Co-op is not shy about how much she’s earned as a freelancer. “I am incredibly transparent and aspire to be, always about how much I get paid for assignments and if stuff was grant funded. I want to show people what’s possible and what kind of money is possible and how I manage that money-time balance.”

Gender pay equity hit closer to home as my consciousness grew and I understood firsthand the sting of inequity in my career as a freelance writer. I would willingly take on roles for “exposure” and without a mentor whom I could trust, I found myself overworked, underpaid, or not paid at all. I knew something had to improve–and fast.

There’s solidarity when you know you have a supportive community behind you. Freelancers join associations, writer’s guilds, and unions as a way to not only to protect their intellectual property, but to confidently build negotiation skills that will change the trajectory of their careers. Jenni Gritters is a freelance writer and co-founder of The Writer’s Co-op, which recently launched 2 e-courses for freelance writers on negotiating rates and contracts. Yan admits negotiating can be different for independent workers versus staff jobs at a company. “Freelancing is a little different because it is hard for people to lift you up. In terms of closing the gender pay gap, if you're a white man and you’re getting top dollar at a publication, you should encourage BIPOC, women, LGBTQ and colleagues to get the rates that they are, I think that’s how we get to more gender pay equity.”

Organizations like Black Economic Council of Massachusetts, Inc. (BECMA) in Boston, MA not only provides resources to businesses and freelancers, but also bridges the economic gap by building partnerships with the local state government to ensure the “collective success” of each member of the community.

Advocate For The Rate You Want

L’Oreal Thompson Payton, a writer and editor of LT in the City, is candid about how far she’s come in advocating as a freelancer. “When I first started out? Not at all. I put the “free” in freelance because I really did believe I needed the “exposure,” not realizing I was being exploited.” She’s experienced the benefit of negotiating rates that honor her expertise. “But now, 13 years into this with my resume and portfolio, I feel quite confident negotiating and I also feel comfortable turning down roles and rates that are too low for me. That definitely came with experience, but if I can help someone get to that point faster, so they don’t have to wait 13 years, then why wouldn’t I?”

Yan says freelancers should get comfortable advocating for what they want. “I think women and people of color get in their heads when it's time to negotiate. A part of what I do on Twitter and with The Writer’s Co-op is to encourage people to do it anyway. I think rising tides lift all boats; it’s so corny, but it’s so true. All this gives you negotiating power when people try to lowball you.”

Payton makes it a habit to openly discuss salaries with her peers. “Knowledge is power and I see salaries/rates as part of that knowledge. If I hadn’t had transparent conversations with colleagues years ago, I wouldn’t have known I was being underpaid by $30,000 in another role. My way of paying it forward is by doing the same. I want all of us to win. Period.”

You can build trust with the Contracts tool from Indy. Start with an industry-specific contract template, add your own terms, and send it off to be signed.