How Freelancing Allows LGBTQ+ Folks More Agency Over Their Identity 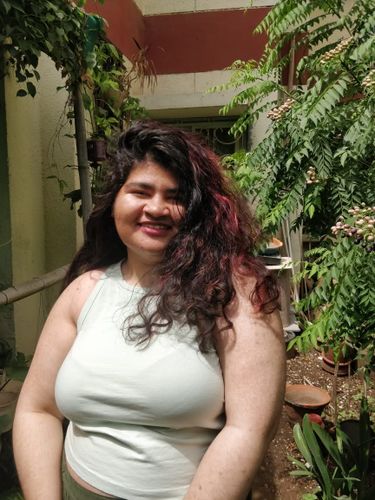 When I took up my first full-time job in 2019, right after graduating from university, I felt what most of us feel as we get our first “adult, real-world” jobs: nervous but excited. The role was an excellent fit for me, and I wanted nothing more than to prove myself as capable. And I knew I would do anything to make it work -- even if it meant hiding or lying about my queer identity. However, I didn’t realize how the subtle comments and jokes would affect me. Initially, when people laughed about a colleague having a same-sex partner, I smiled along. But sooner rather than later, I started internalizing these comments.

I decided it was time to change jobs; it was not worth my mental peace. I joined a place known for its work on gender and social change. It couldn’t get better, right? Wrong. While there were no blatant comments or discrimination, the microaggressions were inescapable. Having to create content talking about gender in a highly binary manner and focussing on “girlboss” feminism was less than ideal. Coming out to a few colleagues didn’t help either. I became the go-to gender and sexuality consultant, having to do extra unpaid work.

I needed a change.

I became the go-to gender and sexuality consultant, having to do extra unpaid work.

Hostility in the workspace

I am not alone in this hostility that I faced. According to a study by the Human Rights Campaign Foundation, 46% of LGBTQ say that they are closeted at work, citing reasons such as the possibility of being stereotyped, making others uncomfortable, losing relationships, and others assuming they are attracted to them just because of their LGBTQ identity. The same study also reported that 53% of LGBTQ workers had heard jokes on gay and lesbian people, and 41% and 37% reported hearing transgender-specific and bisexual-specific jokes, respectively. On the whole, it doesn't look good. It's no wonder that LGBTQ+ people do not feel at their comfortable best in full-time office roles.

Talking about the discrimination she faced at the workplace, Aria Vega, a queer bisexual freelancer, says, "When I worked full-time, I felt tolerated, but not truly accepted. As a Black queer woman in a supervisory position, sometimes it felt like others rooted for me to fail."

Zoe Stoller, another freelancer, who identifies as genderfluid and lesbian, shared about her past experience working full-time, "At my teaching job, I wasn't out to students but I was very open to faculty members. A faculty member told other students about my identity without my consent. It was not a good experience for me and led to awkwardness and discomfort."

For transgender people, full-time in-office employment comes with its own unique set of challenges. One major concern at the workplace is that of bathroom access. According to a National Center for Transgender Equality survey in 2015, 59% of respondents avoided using a public restroom in the last year. Nearly one-third of them limited the amount they ate and drank to do so. Research has also shown that 32% of LGBTQ people of color claim to have experienced discrimination because of their LGBTQ identity when applying for jobs, compared to 13% of white LGBTQ individuals. With such rampant discrimination, many LGBTQ+ workers are moving towards freelance careers.

Freelancing as an alternative

The pandemic forced me to work from home since early 2020. During this time, I realized that I could do what I was doing–writing, researching, and handling social media–on a freelance basis from home. It was a way for me to continue working without facing the negatives of working in a toxic, homophobic work environment.

As I started freelancing, I realized that it also opened up opportunities to work with diverse clients, projects that were more fulfilling, and to do work aligned with my values. In the last couple of weeks, I have filed drafts for articles on my experience as a queer Indian woman and my relationship to marriage, the link between gender and vaccine roll-out, and how climate change affects women.

Freelancing has also given me the liberty to decline clients who were homophobic or racist in their thinking and back out of working in spaces where my identity was not respected. Diamond Yao, a queer freelance writer, feels similarly, "I realized that because I am working for myself, I can be fully myself, and comfortable with the work that I do. If I'm a freelancer and a client isn't working out for me, and I'm having issues, then I have more control over the situation."

I have more control over the situation.

For people engaged directly in LGBTQ+ advocacy and education or work out of the mainstream, freelancing also offers work more aligned to their passion.

Stoller shares that freelancing has allowed them to talk about issues that may have been considered taboo in the workplace. They say, "My freelancing work is around LGBTQ+ education, which is not mainstream. Lately, I have spoken a lot about sex positivity and queer and mental health related topics in all my work. I couldn't do this in a full-time job, where I felt the pressure to be 'professional'".

Having agency over your identity

When I worked full-time at my last organization, I was the only “out” queer person. So, when the time came to make educational videos on gender and sexuality, I became the go-to consultant. I’m sure you can guess whether or not I was paid extra to contribute to this project in another department. I felt incredibly tokenized and a sense of loss of agency over my own identity. It was accepted because it was useful; otherwise, it was irrelevant.

“Tokenization was one of my concerns. Also, people were always asking me to perform additional work because I was the only person who had life experiences that would answer to that. Then, they would not compensate me fairly.” Yao adds.

Freelancing, for me, has provided me with the agency to choose how much of my identity I want to disclose. In my writing about the LGBTQ+ community, I feel that it allows me to add authenticity by sharing my personal experiences where relevant. On the other hand, it also gives me the power to decide how much of my trauma and joy to share–I get to decide what is too personal and define my boundaries. “I get to write as a trans-non-binary person. I get to understand myself more through that writing. I also get to decide how much of my identity I get to share with the rest of the world.” adds Joyline Maenzanise, a queer and transgender non-binary freelancer.

This is not to say that life as a freelancer is all sunshine and daisies or entirely free of discrimination. However, I would choose this over a harmful work environment any day!

I get to decide what is too personal and define my boundaries.﻿