The Top 10 Most Creative Job Titles & Why They Work 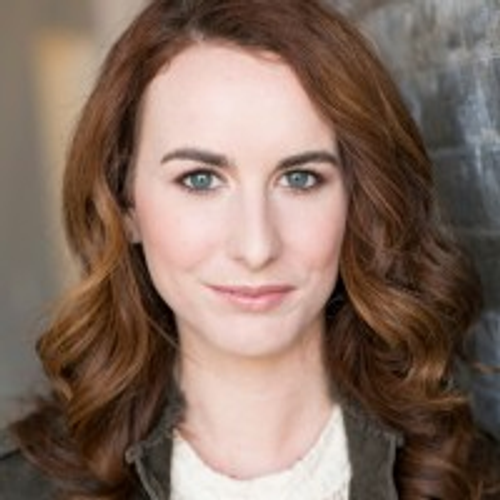 What If Your Job Title Doesn't Fit What You Really Do?

Job titles are a part of every profession. In fact, not only are we a society obsessed with labeling things, but we also base a lot of our career benchmarks on achieving a particular job title role. But what if you're a multi-tasker in charge of everything? Does your job title actually describe your job role? Probably not in today’s modern age of job role.

But again, what happens when your role involves too many things and no label accurately reflects what you do?

For example, the title of Director of Operations or Operations Manager says it’s your responsibility to run the company’s operations but which operations and does it account for all the other jobs you do? In reality, no, it doesn’t and that’s one of the reasons why businesses are getting more creative with their job titles.

Why Change Your Job Title?

Traditionally, your job title tells a co-worker, a potential customer, just about anybody, what you do for work. It's printed on a business card, sits on a plaque on your desk, written on your LinkedIn page, or sprawled across your resume. Your job title defined your status within a company, particularly if there was a specific hierarchy. But with more modern companies – and older style companies where the ‘changing of the guard’ at the top is bringing in a more trendy, outward thinking senior management – there is a flattening of management whereby the job title holds far less credibility that it used too.

So, in recent years, the job title has become less relevant for this reason, as well as failing to identify the tasks carried out by the employee. The longer you work with a company, the more likely it is that your job role will change, adapt and develop over time; often meaning that the job title you started with bears little resemblance to what you do.

Therefore, it will be little surprise to many reading this that over quarter of people employed in offices state that their job title doesn’t describe their actual responsibilities.

Leading companies are starting to recognize this and are opting for creative and cool job titles that are a better reflection of what that employee does. Something as simple as changing or updating your job title not only has the ability to define your role and talents more accurately, but can also affect your entire attitude toward your work. In fact, even weird job titles are becoming the norm. Years ago we wouldn't even think of someone being known as a "chief happiness officer" or a "chief happiness slayer," but as creative job titles imply, the role of this individual is to inspire and be a chief cheerleader to employees.

Much as we like to think titles are just words, we also like to know that it represents what we do for one third of our lives. So, if there are words out there that will better explain your job, help you feel better about it and ultimately encourage you to perform better, then why not explore that in a few words?

In fact, London Business School professor, Dan Cable, did just that. He worked with a local chapter of the Make-A-Wish Foundation whose CEO encouraged his employees to come up with fun job titles to describe what they do.

An infectious disease specialist relabeled himself a “germ slayer” and a nurse in charge of immunizations became “quick shot”. Although these examples are perhaps a little "tongue in cheek," there’s no denying that they explain the person’s job role in a fun, more creative way, with fewer words. If left to describing their job descriptions, imagine how creative they could be. Plus, they also leave fun first impressions.

For some companies, creative job titles are not new. For example, Microsoft has been calling their brand marketing managers Brand Evangelists for a good few years. Why? Because it’s their role to "market" Microsoft’s products and services, build reputation, spread "good news" and encourage others to believe in the company’s values and mission; in other words, "evangelize" about Microsoft.

Other creative job titles that have been around a while include:

Changing Your Job Title Can Affect Your Attitude Towards Your Work

Dan Cable’s research found that rather than viewing titles just as sources and reflections of formality and rigidity, or a mechanism of bureaucratic control; it suggested that job titles could be a vehicle for agency, creativity, and coping.

It also found that the employees in the control group who did not get the opportunity to change their job titles were not as happy or satisfied five weeks later as those who did change their title. This demonstrated that rewording a job title into words that were more creative and better linked to the role actually helped boost morale, energize employees, and led to greater overall job satisfaction. Who would think that job titles could do just that?!

Changing your job title also changes someone’s perception about you and your role. The Front Desk Hero Facebook group did a poll recently asking the question, “What job title does your company give you and your fellow FDHs at work?” The general response was that although they had the title of "receptionist," it bore little meaning to the role they did, which is more administrative, some even saying "executive assistant." Changing that job title to "Leader of the Front Desk" or "Director of First Impressions" completely changes the perception of the receptionist role, its importance in the company and the employee’s attitude to their job and their contribution.

Some advantages to changing to a more creative job title include:

A clever job title can be a conversation starter and help to engage a company’s customer base; it’s that curious nature human beings have! Just imaging talking to a call center representative that had a job title of "Chief Chatter" or "People Partner." It’s highly unlikely you will forget them or their job title!

What’s even more interesting is that the recent coronavirus pandemic has increased the thirst for more creative job titles, and companies are becoming happy to oblige. Indeed, a recent survey by McKinsey involving 800 senior executives showed that workforce trends toward a more hybrid workplace, i.e. combining remote and office working, as well as the increased use of independent workers, has created a greater demand for new job roles, particularly in health and safety. For example:

We’ve seen some great creative job titles recently, from inside the office environment and non-office but freelance roles, that we wanted to share with you.

Is freelance work getting too complicated?

Use Indy to make freelance simple. The useful set of tools will make your freelance admin easier by connecting your work from proposals to payment.

The Downside to Creative Job Titles

However, we have to tackle the topic that changing to a creative job title will have its downside, too. For example, if you have more than one person doing the same role, like customer sales or in call centers, if you allow them to choose their own creative job title, you could end up with several versions. Not only will this cause confusion within the workplace, but this lack of consistency is also not going to help customer relationships either.

In addition, what happens when you put your new creative job title on a resume or on your LinkedIn profile? While you can put the more traditional job title in brackets after the more creative one, it may be a drawback to some companies.

Does your role fit one of these or do you have a creative job title that’s not on the list that you’d like to share with us?

If you're a freelancer who works for yourself, why not get creative with how you brand yourself? Who knows! It might even affect how you feel about the work yourself, which in turn could lead to potential customers and even more clients.