What the PRO Act Means for Female Freelancers 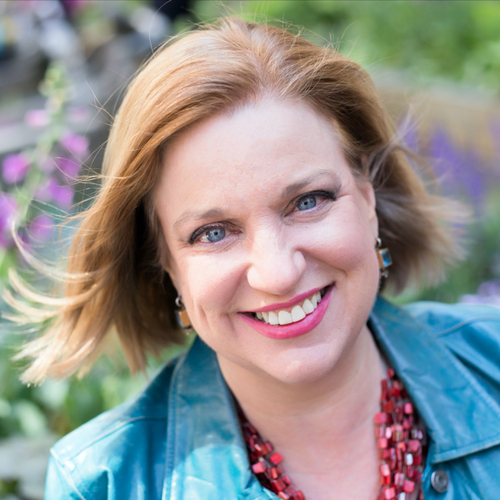 Several weeks ago, the PRO Act (a.k.a the Protection of the Right to Organize Act, a.k.a H.R. 842) passed in the House of Representatives. It’s a national labor law whose stated goal is to make it easier for workers to form and to join unions, and harder for companies to stop them, or to exploit them.

What could be wrong with that? And why should women who choose to work for themselves be worried about it?

We’ve seen the carnage in California under the infamous AB-5 law that was signed into law in September 2019, and went into effect on January 1, 2020. While purportedly aimed at large companies like Uber to give their workers labor protections, the law also blindsided thousands of happy freelance writers, designers, musicians and others, and those who worked with them. Clients were basically urged to make these freelancers full-time employees, or risk huge “misclassification” fines. The result was predictable: California independent contractors lost entire livelihoods overnight – and the majority of them were women.

More women choose to freelance, and for good reason

According to a 2015 study by The Freelancers’ Union, women are far more likely to choose freelance in order to have schedule flexibility (58% of women vs. 43% of men) and to “have independence from such things as office dynamics” (40% vs. 26%). This trend has only accelerated.

From caring for disabled children to being disabled themselves; from wishing to escape workplace harassment, ageism or racial bias, to being able to set their own higher pay rates and get them; from wanting time and location freedom to be able to pursue their passions from the kitchen table, or from a loved one’s bedside, more women at all stages of their life find independent contracting fits their lives better than any traditional job.

Women at all stages of their life find independent contracting fits their lives better than any traditional job.

The Chilling Effect of the ABC Test

While there is plenty to debate in the PRO Act, including the elimination of “right to work” laws in many states, the part that concerns us freelancers most is the “ABC test” – the same one that made AB-5 such a disaster in California. It’s a set of criteria dating from 1937, determining who can be considered an independent contractor. To “pass”, a freelancer must fulfill all three:

Those who support the PRO Act say that, unlike AB-5, its ABC test merely grants freelancers the right to organize, and doesn’t stop companies from hiring them as independent contractors. But this is disingenuous at best.

Because even if that assertion were true (it isn’t) it’s not just the letter of the law that matters. As independent contractors know all too well, getting clients is the hardest part of what we do. Anything that introduces friction or doubt into that process hurts our business, in more ways than one.

Getting clients is the hardest part of what we do.

First, for those companies that would hire us, the fear of possibly inadvertently “misclassifying a worker” and being targeted for an audit with a potential $30,000 fine is enough to make them say, “no thanks” to hiring any freelance talent at all.

Secondly, for women entrepreneurs, who typically care a lot about our clients, the idea that we might put them in harm’s way makes it even harder to pick up the phone or make that offer. In fact, I probably talked myself out of more business than I got in 2020, just because I feared being the cause of my clients’ headaches.

If California’s ABC test is rolled out across the US in the form of the PRO Act, women have the most to lose.

“I went into business for myself because I wanted to have more say in the kind of projects I take on,” says Daniella, a successful independent business consultant. “When you work for others, you get assigned to projects and sometimes that means dealing with a client that is ‘challenging,’ to put it politely.”

The PRO Act threatens to upend the career she’s built for herself, along with her business relationships.

“There are times where I will partner up with other consultants, so that we can form a virtual team. We all have our own businesses, but an ABC test restricts that because you can't subcontract to someone who's in the same line of work, even if they have an adjacent expertise.”

Mary, a former nurse turned freelance health writer worries the new career she loves may be in jeopardy. “Working from home and writing provides one of the few joys in my life right now. I'm scared the rug is going to be pulled out from under me just as I'm finding my stride and finally starting to make some good money as a freelancer after two years.”

Mary’s freelance writing work also allows her to take care of her mother at home.

Women are more likely to be caregivers, either of children, elderly parents, or both. In fact, female caregivers of adult family members may spend as much as 50% more time providing care than their male counterparts.

If you can remember a time before COVID, work-from-home job opportunities were rare. Being an independent contractor is the best – and often the only – way for many women to earn a living while caregiving. When my own father was in hospice, I carried on my work as a copywriter and cartoonist from his bedside in New York for weeks at a time, thousands of miles from my home. I was so grateful for the opportunity to be with him as he neared the end of his life. What if I had a boss telling me to get back to the office?

COVID has only highlighted this need.

Being an independent contractor is the best way for many women to earn a living while caregiving.

Daniella says, “My parents live close by, and being self-employed, I was able to do things that they didn't have to leave the house as much. I never had to ask anyone, I just structured my life so I could be there for my family, and that was really important. If there’s anything this year has shown us, it’s that we need flexibility, and a lot of these tasks do still fall to women.”

The PRO Act would make breaking in harder for minority women

“Linda” is a Latina actor, filmmaker, producer, director, writer, content creator and film instructor. “I not only like collaborating with other BIPOC filmmakers, but also helping to bring up the next generation of filmmakers, people who look like me who don't have access.” She’s seen the ABC test in California slam the door shut on the few opportunities minority women have to get past the industry gatekeepers, by limiting freelancing in film.

“When I do my acting work, it’s W-2 and it's under SAG/AFTRA so we do have entertainment union protection, but it took years for me to get into the union. They make it really hard. And if you really look at the statistics of Latinas in the entertainment industry, it's dismal.”

When women lose jobs, freelancing is a lifeline

COVID not only threatened public health; it has dealt a sickening blow to gender equality in the workplace. A staggering number more women lost work during the pandemic compared to men. Studies by USC and others showed that not only were women more likely to be let go, but many were compelled to leave jobs because they needed to be home with children doing remote learning. For these women, as lockdowns dragged on, freelance work has been a way to earn income, keep their skills sharp, and even protect their mental health.

PRO Act, and other laws in the pipeline featuring the ABC test, threaten everyone’s ability to work as they choose, and women most of all.

When I began writing this piece, the PRO Act was on its way to the Senate, where it was unlikely to garner the 60 votes needed to pass. But now, it’s been slipped into the massive infrastructure bill being proposed by the Biden Administration. Any woman concerned about what PRO Act’s passage would mean to their ability to determine their own career path should contact their senator and let them know the ABC test must be stricken from the bill.

No one disputes the right to organize. Unions have been good for workers in this country, particularly women. However, those of us who freely choose the indy path have rights too. It’s time for us independent women to fight for them.