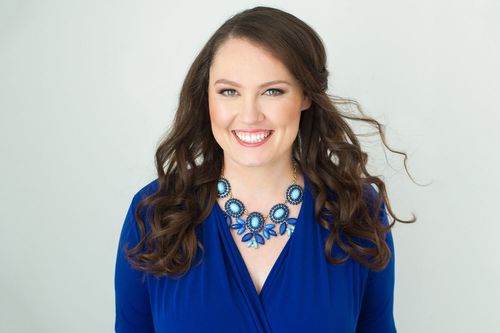 The U.S. gender pay gap has been an issue of interest in academic and economic research since the 1960s. Once the Equal Pay Act of 1963 was passed, analysis revealed that women earned around 59 percent of their male counterparts. In 2020, the last date for which this was evaluated at a macro level, that number was 81 percent. While that represents a big improvement, we still have a long way to go.

In this article, we’ll dig into some of the key issues with the gender pay gap and what this looks like for women in careers and businesses today.

The 81 percent figure mentioned earlier denotes the 2020 difference in pay without controlling for compensable factors like experience, location, and industry. When controlling for those factors, the gender pay gap is much more promising at $.98 for every $1 a man makes. But here’s why that seemingly small gap is still so important: That’s over $80,000 in lost income over a typical career, which becomes much higher when considering compounded interest in savings over that same period.

Where this becomes even more problematic is throughout a career, especially when looked at in the context of other issues facing women in and out of the workplace.

Women make less, are less likely to be promoted, have more exits and re-entries into the workforce due to their higher ratio of time off for childcare or elderly parent caregiving, all of which make it harder to save sufficiently for retirement.

Plenty of women have remarked on how long it takes them to get “back on track” after a temporary workforce exit, slowing down their progress, earnings, and personal savings from their careers. Any woman who has to exit from the workforce will spend a big portion of her time in “savings recovery” attempting to build back up for that lost time.

But it doesn’t stop there. Women might need more savings than men despite all these barriers. Retirement experts suggest that at least 80% of your annual salary should be the goal to draw down from each year after you exit the workforce. Freelancers and other self-employed should be prepared to discuss approaches to retirement with professionals early on to get the benefit of as much account compounding as possible.

Women usually outlive men by around six to eight years, meaning even more should be set aside for retirement and potential long-term care expenses. For a woman who is single in her older years, a widow, or with a spouse who has advanced caregiving needs before she does, it’s possible to drain savings accounts fast while living longer than men.

Pay by gender gets even stickier when diving into the other demographics. For example, white and Asian women have much bigger gaps between their pay and men in the same job, but part of this gets back to systemic issues around these groups of men making significantly more than Hispanic or black men.

Asian women generate 90 cents on the dollar compared with men, but black women make 65 cents and Hispanic women make 58 cents. For women of color, the gender pay gap is a critical issue affecting their financial well-being because of these big deviations from the average.

Gender discrimination and negotiation on the job

Another set of contributing factors for women has to do with confidence, which can impact them from the point of applying to jobs through negotiating salaries, promotions, and leadership responsibilities.

It turns out that confidence isn’t the root of the issue as it relates to negotiation. The way women are treated when they attempt to negotiate things like pay raises, more flex time, or promotions has more of a negative impact.

Four in ten women in a recent Pew Research Center study said that they had experienced gender discrimination on the job. There’s a social cost to negotiating that doesn’t hurt men, but does affect women’s willingness to push for it and their outcomes in these efforts when they do make the ask.

There is one spot of bright news for the pay gap in the U.S., and it has to do with independent workers.

Globally, uncontrolled group pay differences are slightly better for women freelancers, coming in at 84 percent of what their male colleagues make (around the world, the gap can be as low as 64 percent for other careers.).

Thanks to easier access and online resources, female freelancers can also upskill and adapt to higher-earning specialties or skills at their choosing, too. Since freelancers upskill and reskill at faster and more frequent rates than traditional employees, there’s faster room to pivot with a business style that’s more flexible than the traditional 9 to 5.

Freelancing and entrepreneurship allow women to pursue a different path, often defining what their future looks like. Women in the business of freelancing might get more experience with setting their rates and negotiating with clients regularly than a typical employee.

Established and talented freelancers also can exert more of a say in who they do or don’t work with, turning down low-paying clients if they choose, and in raising their rates and salary on a schedule they set themselves. The career trajectory for a freelancer or independent worker can accelerate at a faster speed when the woman is both a service provider and essentially the CEO of her own business.

How have you been affected by a pay gap? As an independent worker, how do you ensure you’re being paid fairly for your work? Let us know!