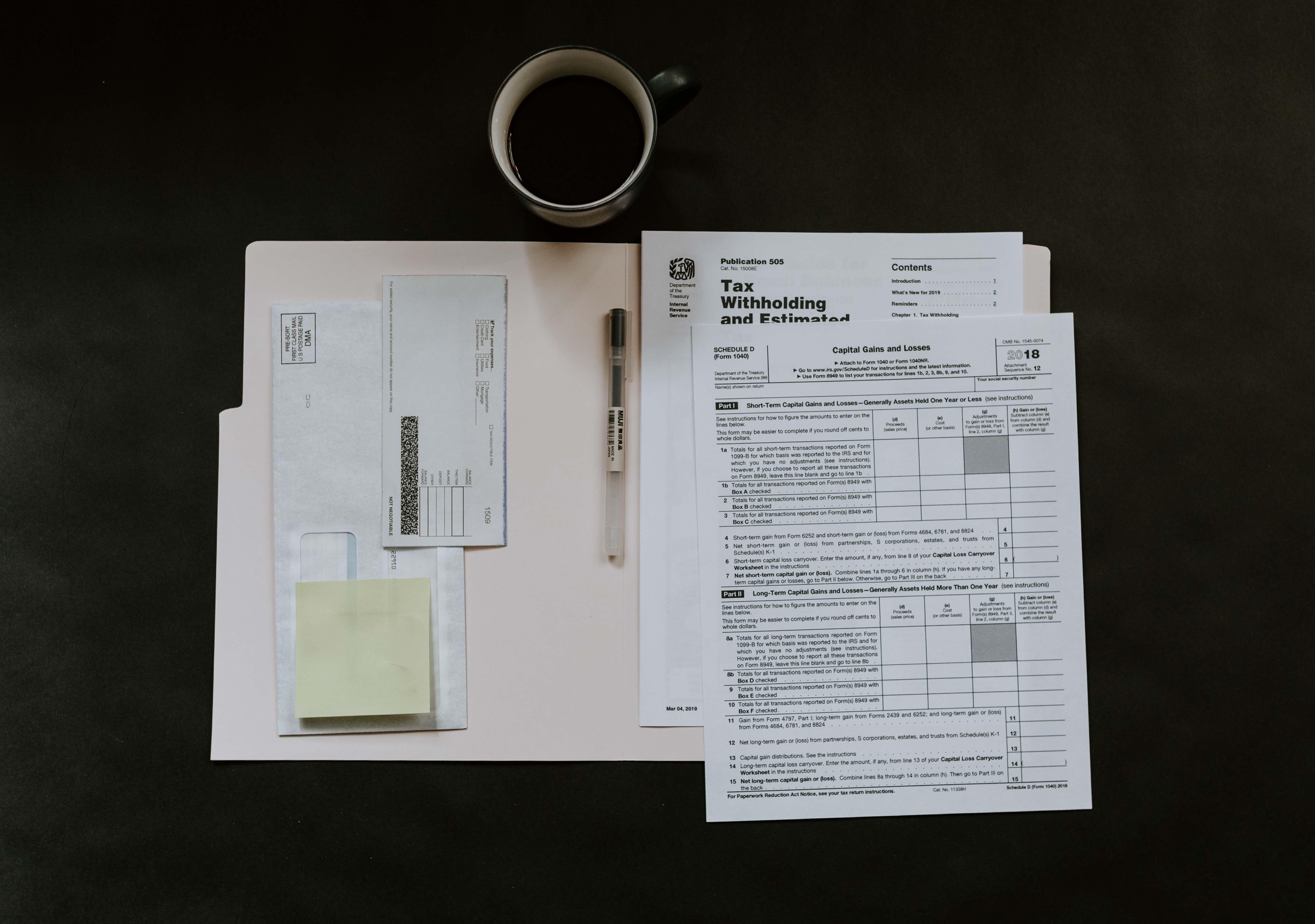 States governments in the US collect over $ 1 trillion in taxes every year, and a considerable chunk of this revenue comes from income taxes. For most freelancers, this makes up a significant portion of their tax obligations, with the average tax rate being around 13.29%. Personal income tax rates vary significantly from one state to another and primarily depend on your tax bracket. However, some states charge super-low income tax, and a few do not even levy the tax.

As a freelancer looking to maximize your income, moving to a low-income state can be a good idea as it will lower your tax burden. But, first, you need to know the states with minimum tax burden and a little more about state and local taxes.

How Does State Income Tax Work?

Although tax laws and regulations will vary from one state to another, unlike federal taxes that are more uniform for the entire country, different states use varying taxation models. Here are the three main models for state tax collection.

At least 8 states in the USA, including Alaska, Florida, and Texas, use a zero income tax model that does not require their residents to pay any taxes on their wages. However, this does not mean you get to enjoy a tax-free life as a freelancer in one of these states. States that use zero income tax modes still levy other tax types such as property taxes and sales taxes.

In some cases, these other taxes are much higher than what you pay in other states, so your tax burden is still relatively high.

With a flat-rate model, state income taxes are collected at the same percentage of taxpayers' income. Local tax authorities apply a similar rate after all the exemptions and deductions regardless of your earnings. States that use flat tax rates like Colorado and Kentucky prefer this model because it is simpler to administer than the graduated tax rates model.

It is also important to note that states that use a flat rate will often allow fewer deductions and tax write-offs than those using the graduated model. Freelancers can end up with a higher tax burden in such states as they will have a higher taxable income.

A state taxation model that uses the graduated tax rates will increase the tax obligation as a taxpayer's income increases.

Most taxes are collected using this model. The majority of states from Alabama to Wisconsin prefer this more progressive taxation model. While it favors low earners by protecting them from a huge tax burden, this burden is transferred to the high earners in society.

As a freelancer who works remotely, you can live almost anywhere. However, here are some of the best states to live in if you want to pay little to no income tax. 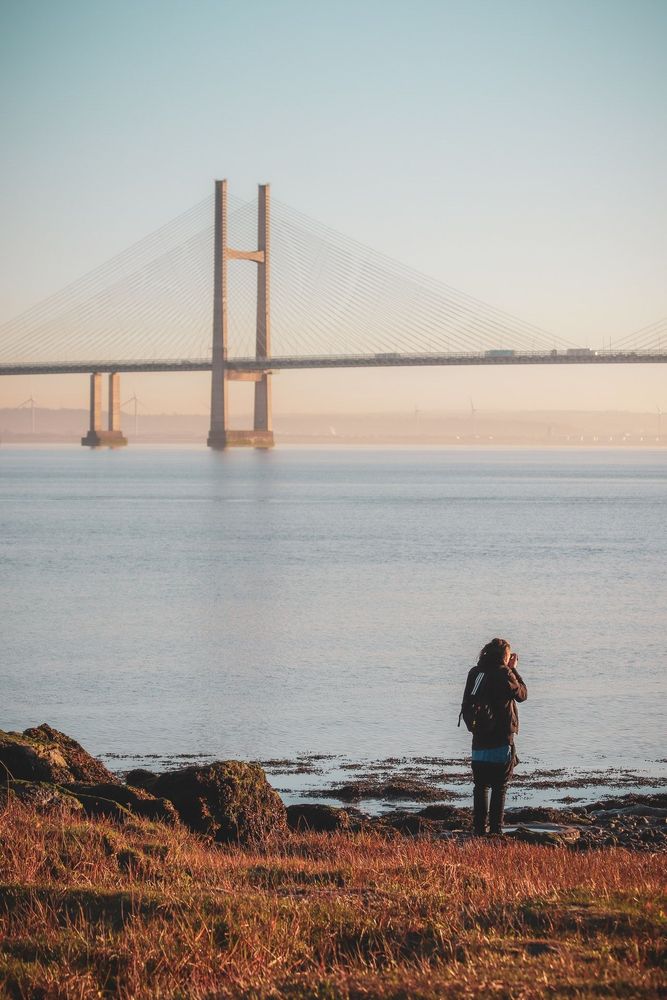 Alaska is one of the best states you can live in if you want a low tax burden. The state does not charge any income tax, and unlike others that compensate for this with high sales taxes and property taxes, they also keep their other taxes low. A freelancer living in Alaska will only need to pay 3.68% in property tax, which is slightly higher than many states, but the low 1.42% sales tax compensates for this. The total tax burden will be 5.10% (3.68% + 1.42%), one of the lowest in the USA. 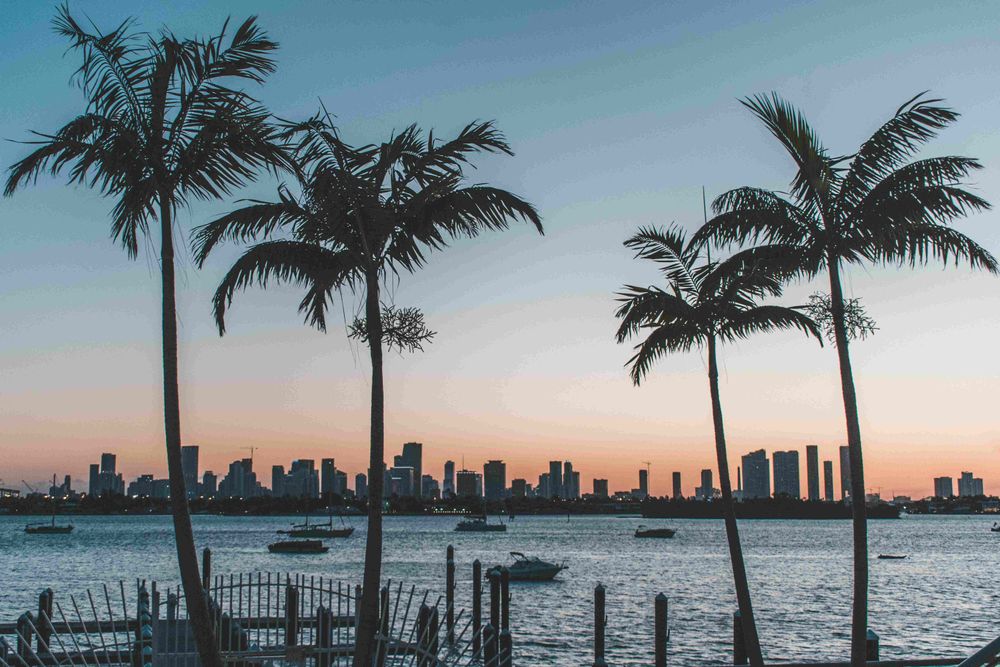 Florida does not have any income taxes, so the local tax burden will be lower than in many other states. Property and sales tax in the state are a little above the national average, but a freelance living in Florida would still have a lower overall tax burden of a little under 7%. Before you decide to move to Florida, it is essential to know that the housing costs are also relatively high compared to the national average. In 2021 it was listed at number 31 in a ranking of the most affordable states to live in the USA. 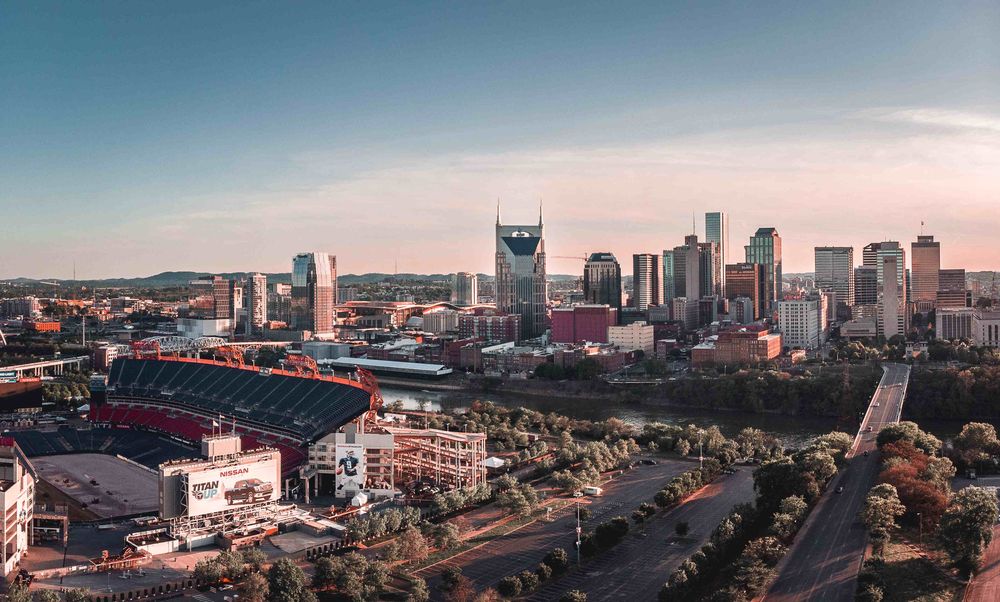 In recent years Tennessee has been working to lower investment income taxes in the state to attract more retirees that depend on investment income. Before 2016 the state charged taxes on income from interests and dividend income but exempted wages from the tax. The state has been reducing the tax by 1% every year since 2016, and at the start of 2021, they eliminated it. Tennessee residents pay a low property tax of just 1.70% and a sales tax of 3.96%, meaning the total tax burden on their earnings is just 5.74% 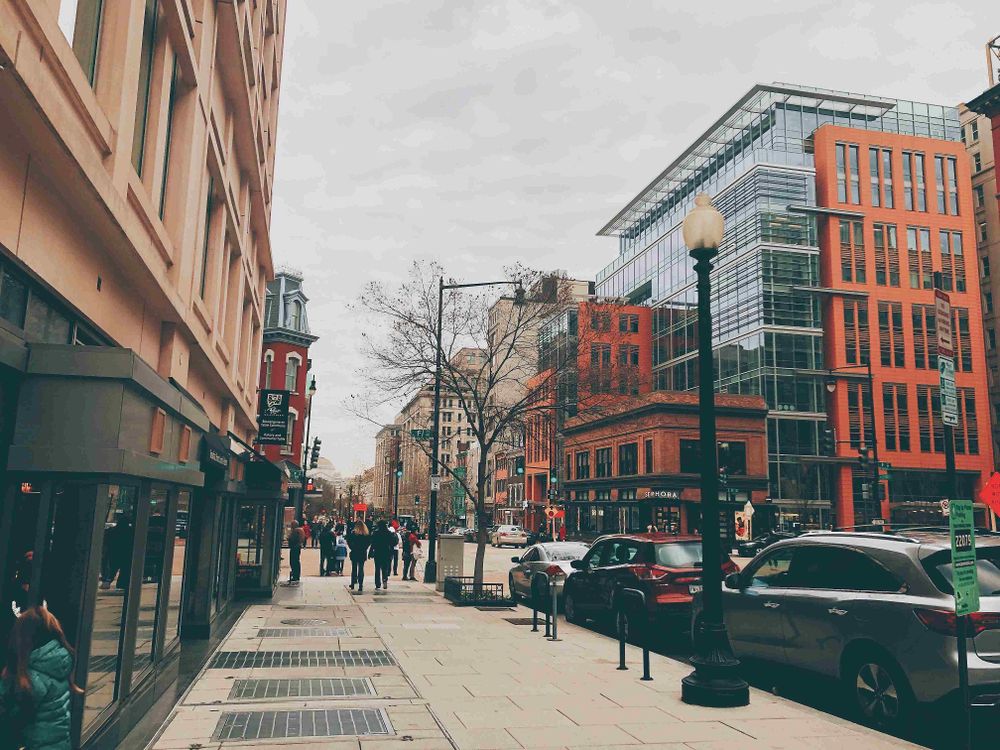 Washington DC has some of the highest state taxes in the USA. The only reason it makes this list is that it is one of the few states in the USA that does not levy income taxes, meaning if this tax is what you are trying to avoid, it can work for you. Property tax in the state seems more modest and is close to the national average. However, sales taxes are some of the highest at 6.5%. Moreover, the state has other taxes that might affect freelancers, such as a 7% tax for the sale of long-term capital assets that yields a profit of more than a quarter a million. 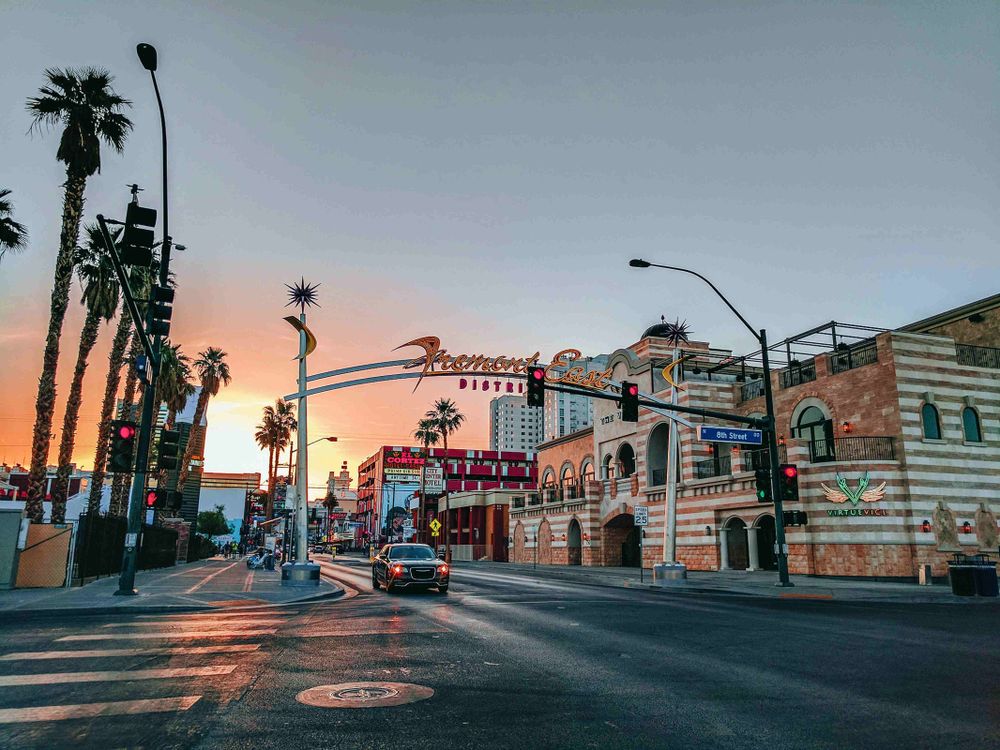 Your local tax burden will be pretty low when living in Nevada because besides not levying any state income tax, it has a low property tax rate. The state average property tax is 0.53%, less than half of the 1.73% national average. Sales tax is a little on the higher side as the state uses a 6.85% rate. However, the local tax burden for you will still be below 8%. 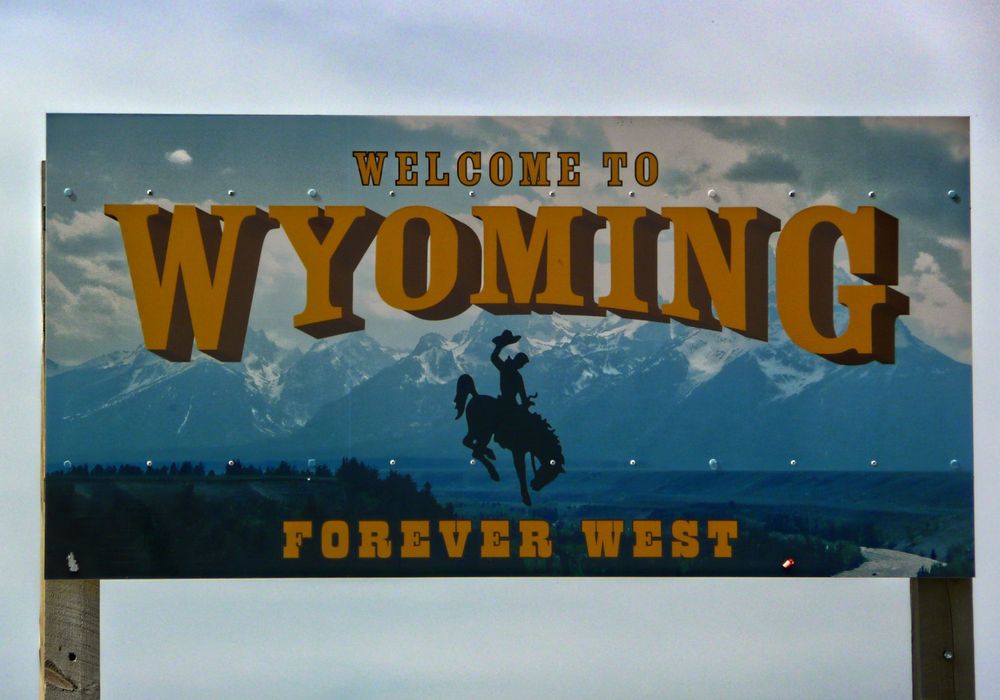 Wyoming has the third-lowest local tax burden among all 50 states. Like Alaska and most other states on our list, its residents do not pay any income taxes. The property tax rate is around 3.33%, and the local sales tax is just 2.81%. If you plan to shift your freelancing activities to Wyoming, you never have to worry about a hefty income tax rate, and your total tax burden will be around 6.14%. 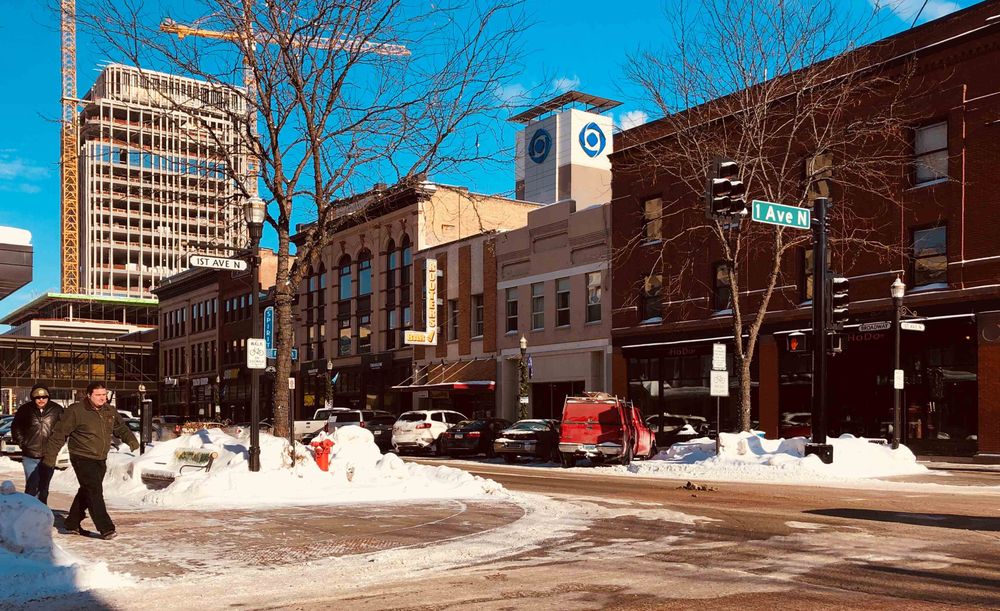 North Dakota imposes an income tax on your taxable income, but the tax rates are some of the lowest nationally. Residents of the state will pay just 1.1% in personal taxes. Additionally, every resident qualifies for a tax credit of $350 for the 2021 and 2022 tax years. State and local sales taxes are also relatively modest as the Tax Foundation puts them at an average of 6.96%. Therefore, even if you add your federal income tax, you will still have a reasonably small tax burden when freelancing from North Dakota. 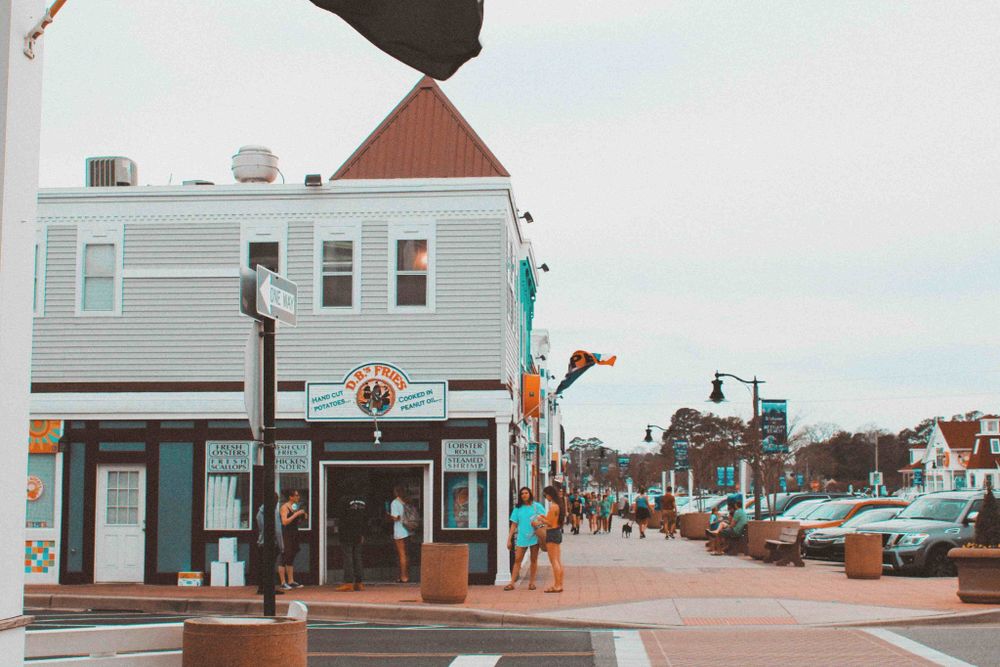 Personal income taxes are higher than the national state average as the state puts the rate at 3.25%. However, the overall tax burden in the state is one of the lowest.

At 1.19%, the state sales tax rate is one of the lowest. Also, the state has some of the lowest property tax rates as you will only need to pay 1.77% per tax year. If you take the three taxes into account, your total tax burden will be around 6.21%, which is lower than many other states with zero tax rates.

How Freelancers Can Reduce their Income Taxes Burden 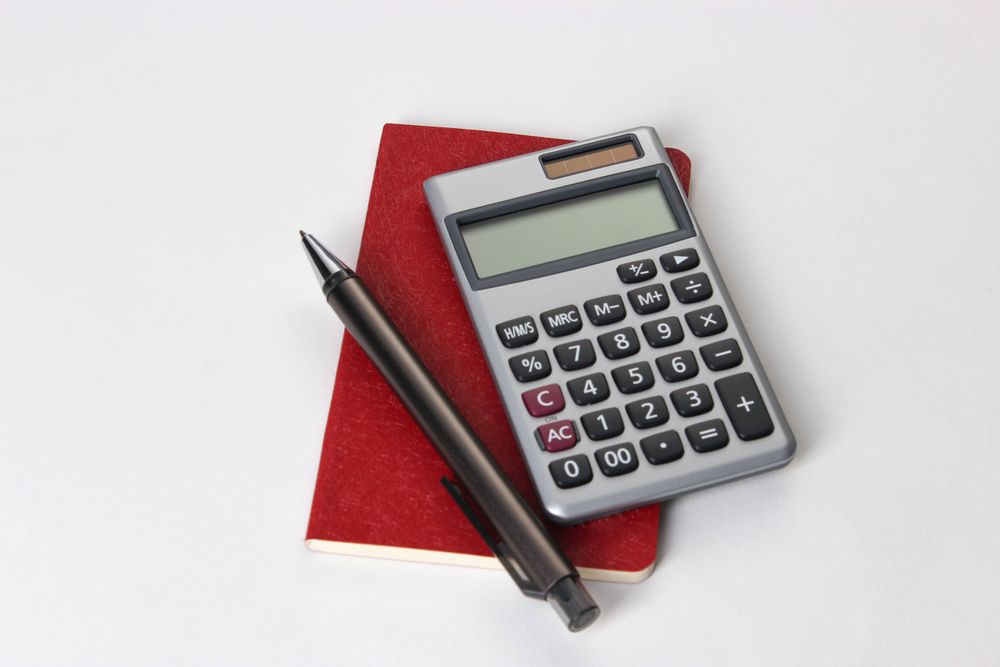 Saving for your retirement reduces your taxable income as they are pre-tax contributions, and so you end up paying lower taxes.

Retirement plans like the 401(k) will help you defer taxes and grow your net worth. In 2022, the IRS will allow you to contribute up to 20,500. You can reduce your taxable income significantly if you contribute the maximum amount.

Charitable donations are tax-deductible, provided you keep track of them and deal with verified organizations.

Everything you donate to the charity, including the time you spend volunteering, can be tax-deductible. However, it is essential to check the specific state laws and regulations concerning tax write-offs for charitable contributions as they often differ among states.

As a freelancer, you will incur several business-related expenses when generating income for your freelance venture.

These business expenses are tax-deductible, so you can quickly reduce the taxable income by including all of them when filing tax returns. Tax deductibles like home office deductions, business travel expenses, office supplies, and business car use can all help reduce the amount of income the state can tax.

Why Do US States Charge State Taxes?

States have to charge taxes at the local level to generate income to fund their governments. Besides taxes, states also raise revenues through licenses and other fees.

Is living in low-tax states easier?

Yes, it is easier as you will always end up with more money that you can use to expand your freelance venture or save for the future. However, several other factors also determine how easy it will be to live in these low tax states, such as healthcare and cost of living.

Even if the taxes are low, you will still not have a lot of money left for spending if the cost of living is high and healthcare is expensive.

What states have the highest income taxes?

It is not easy to rank states with the highest income taxes since most use a graduated tax model that charges taxes according to the income. However, some states like California (13.3%), Hawaii (11%), and New Jersey (10.75%) have some of the highest marginal tax rates.

What states have no income tax?

You cannot avoid taxes regardless of where you live or your profession. However, you can make the tax burden more bearable by moving to a state that levies lower income taxes and keeps others like the sales tax and property taxes low enough. States with zero or low-income tax like Alaska and North Dakota will give you massive tax savings. One thing to keep in mind is that low taxes are not enough reason to move to a particular state as other things like the cost of living and healthcare also influence the quality of life there.

More Articles
Invoices and money flowHow to Write An Invoice and Get Paid?

Invoices and money flowHow to Simplify Freelancer Invoicing with Apps