Surprising Things Freelancers Can (and Should) Ask for in Contracts 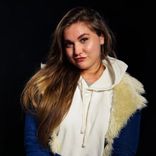 Contracts are meant to be negotiated.

Novice freelancers (veterans, too) tend to get into the habit of skimming lengthy contracts and signing them without any real understanding of what they say, how they work, or the consequences they can have if things were to go awry.

The first step before signing a contract is understanding the content. If it's written in complicated, convoluted legalese, perhaps hire a lawyer to shift through the jargon.

But as a freelancer, you can (and should) go back to the client with clauses of your own to ensure you get paid on time and are protected against possible risks.

Matthew Fenton, founder of Winning Solo, which offers coaching to freelancers, has been a “soloist” since 1997 and always includes this one sentence in every contract template he signs: “Any work or any output that is not specified in this document is outside of scope and will be dealt with under a separate agreement.”

This simple phrase helps Fenton avoid what is known as “scope creep” -- when additional work is asked of the freelancer that is not included in the contract.

“There are some clients who want to say, ‘Hey, since I already hired you, can you give me three hours of your time to design me another logo? Or paint my house?’ This is one way of keeping that from happening,” he said.

By narrowing the scope of the project, and clearly outlining what is being delivered to the client, when, and for how much, freelancers can be better positioned for success.

Specificity is important when it comes down to who the work is intended for, as well as who is able to view the contract itself.

Fenton recommends freelancers include a clause like, “this contract, or these programs, or this process” has been developed for the client by the contractor and “is not to be viewed or shared with others.”

“This is what keeps them from taking my contract and handing it to somebody else they're talking to,” Fenton said. “I think a lot of freelancers would do well to remember that they have a particular style that has value and shouldn't just be passed along from one company to the next.”

Some boilerplate contracts include an indemnity clause, which generally protects the client against liability from actions made by the other signing party. But Wudan Yan, an independent journalist in Seattle, believes protection should also be granted to the freelancer in the form of mutual indemnity.

Indemnity clauses typically state that if an entity were to sue the freelancer, the freelancer would also be “on the hook” for the publisher’s legal fees.

Yan said some clients may attempt to sneak around the indemnity clause and include vague phrases like “hold harmless” -- making it all more important for freelancers to read contracts before signing.

﻿She and fellow freelancer Jenni Gritters have an e-course on media contracts that teaches you how to read and understand contracts to negotiate with confidence.

Depending on the type of project she is being contracted for, Yan includes a contract clause laying out a payment schedule.

If the project is large in scale and will take up an unknown amount of time, instead of waiting around until 30 days after it’s accepted, Yan outlines a “graduated payment system.”

“This means I get small installments of money once I hit certain milestones,” she said.

A graduated payment system could look like 25% of payment upon signing the contract, 25% after the first draft is submitted, another 25% after a round of feedback, and so on until completion of the contract.

“I learned through my own experience that if you don't identify exactly what triggers payment, then you could find yourself in a really nasty situation where the client keeps stone-walling you on edit rounds and revisions and therefore, you're never submitting an invoice,” he said.

How you define a trigger point is up to you and the client. It could be upon final submission, or publication, or after final, written approval of the project.

I learned through my own experience that if you don't identify exactly what triggers payment, then you could find yourself in a really nasty situation.

Define the transfer of intellectual property

No matter your line of work as a freelancer, including a clause that protects your intellectual property is a necessity.

“You basically state that whatever you produce is yours until they pay you the agreed-upon amount and then it is theirs,” he said.

A clause like this gives an extra shield of protection to the freelancer from clients who won’t, or don’t, pay. If a client were to use the work outlined in a contract without paying, the freelancer could sue for intellectual infringement.

Include wiggle room for expenses

No matter the agreed-upon rate for a project, be sure to ask the client for flexibility when it comes to expenses. Expenses can be anything from travel, subscriptions, transcription services, supplies, and software. You may not anticipate any outside expenses for a project, but including a clause defining what expenses you may incur gives you the ability to ask for reimbursement if you do end up paying money from your own pocket.

Fenton, Palios, and Yan all agree that non-compete agreements have got to go. Freelancers make their living by working with multiple companies, regardless if those companies are competitors. This clause serves no benefit to freelancers and should be scrapped from any and all contracts a freelancer signs.

Indy’s contracts are fully customizable so you can make sure and include any and all of these pieces of advice in your next contract. Try it for free today!