Why Do You Freelance? 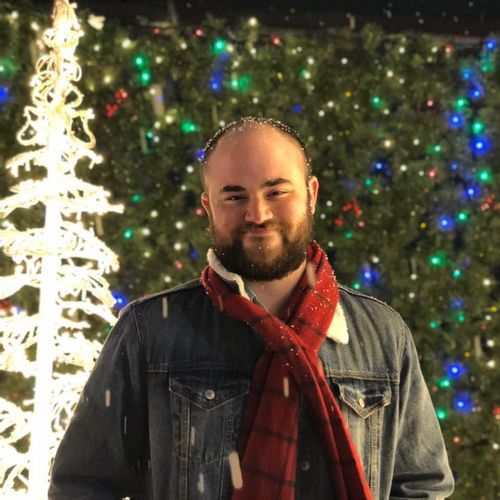 I’ve never had my dream job, and I don’t think I ever will. Five years ago, writing that sentence would’ve sent me spiraling into the dark recesses of depression. You would’ve found me curled up in the fetal position or buried beneath a mound of blankets and books, questioning all of my career and life choices. But now, I’m at peace with it. I discovered freelancing, and I realized I don’t have to be a full-time staff writer at a magazine like GQ or Esquire to do work that I love.

Don’t get me wrong: freelancing can be grueling, exhausting and mind-numbing all at once. It’s a long (sometimes lonely) path to hew. Yet if I had achieved that dream job I envisioned for myself as a precocious young yearbook editor, I wouldn’t be able to say “no” nearly as much as I do now. I’d have to run down every story my bosses wanted, forfeiting the creative freedom freelancing provides. Maybe my name on the magazine masthead would make up for that loss of freedom; maybe it wouldn’t. I can’t be sure, but I have a pretty good idea that I wouldn’t have time to pursue my passions and dive into pandemic-ridden prisons if I was working as a full-time journalist. And as a fellow writer named Kyle Blankenship once asked me years ago, “if you’re happy where you’re at, why worry?”

My friend and fellow journalist Paige Skinner has a similar motivation.

“I wouldn’t be able to write about all of the topics that interest me if I were still a full-time editor,” she recently told me while discussing this story. That got me thinking. I wanted to know if the freedom of “no” was a motivation for my fellow freelancers, so I asked. In the course of my conversations with choreographers, dancers, photographers and writers, I discovered freedom was far down their list of motivations, if it even made the list at all. In fact, their motives -- and the freelancing myths they dispelled -- were fascinating. It all started with a single question: Why do you freelance?

If you’re happy where you’re at, why worry?

To create a “lineage”

Football fans often talk about a head coach's "coaching tree" which is made up of all the head coaches around the league who were mentored by the same coach. It's one of the most important ways to measure the impact a coach has had on the game of football as a whole. The New York-based Maleek Washington wants to create something similar within the dance space, and recently, he has seen firsthand how much his work has inspired younger dancers.

“I never thought I’d be the mentor, but kids have been calling me that,” says Washington, who has been a freelance dancer for nearly three decades. “It felt weird at first, because I feel like I’m still searching for knowledge myself.”

But he has embraced his role.

“Especially as an African American male in contemporary dance, it’s special to be the one who is helping create new storylines for kids,” he says. “I want them to know, ‘you can be a dancer, you can be an actor. You can be both.’”

Mentorship and inspiring a “lineage” of dancers, as he calls it, wasn’t always Washington’s motivation to build a freelance career instead of pursuing a nine-to-five job. When he started dancing, the young artist was motivated by the communities he helped forge with every gig and every piece.

“Dance became like my cousin or my brother,” he says. “Each new job was a new chance to make connections.”

Now that he has been honing that craft for nearly thirty years, Washington is thinking about the next generation.

The well-regarded artist could likely land a full-time job next week, just as he could work a part-time job (as some of his friends do) and still have some time to ply his trade. He remains fully committed to freelancing as much for others as he does for himself.

“I do this to create a lineage,” he says. “I want to inspire a whole line of people who I have worked with or who worked for me.”

That sentiment is similar to what my Dallas Observer editor Eva Raggio once told me when I was considering “retiring” from my freelance work.

“Your writing is your legacy,” Raggio said. “It’s not just the paycheck; it’s what people will associate with your name years from now.”

I want to inspire a whole line of people who I have worked with or who worked for me.

To “Set my soul on fire”

After talking with Washington, I called Rebekah Hedges, a photographer who, like me, is based in Dallas. Hedges had made the move to freelance just one day before our call, so her decision and her motivations were top-of-mind. She is well-aware of the stigmas and stereotypes levied towards freelancers, and Hedges resists the notion that her move is a colossal risk.

“People have already been telling me, ‘you’re so bold,’ ‘you’re so brave,’” she says, “and I really appreciate that. But don’t be fooled: I’m still nervous, I just know what I’m doing. This wasn’t some risky, YOLO economy move. I want to do what sets my soul on fire.”

When I bring up the renewed sense of freedom Hedges must feel to leave behind a full-time gig in favor of freelance, she says she has thought about that – but only a little bit. Freedom is nice, she points out, but to the outsider looking in, a freelancer’s freedom may look like a lack of structure.

“I’ve actually become a more disciplined, more structured person during COVID,” she says. “I go on walks now every day, for example, and I usually have a schedule to stick to.”

She is also extremely goal-oriented. Before she pulled the trigger on her freelance decision, she carefully weighed all of her options and mapped out the exact number of gigs she needed to net to keep her photo business thriving.

“That same discipline I developed during the pandemic has to apply to my freelance career,” Hedges adds.

Dancer Jobel Medina, who is based in Los Angeles, shared Hedges’ motivation. When you talk to the dancer/choreographer, you realize how deeply passionate he is about his craft -- and how no nine-to-five could elicit the same response.

I don’t share this with Medina, but I think about that a lot: How much of an advantage do freelancers have simply because they’re doing what they love? When you have time to pursue what sets your soul on fire, will the blaze make you better?

Each freelancer I talked to had an answer for that question. Medina said yes, but Washington says he has plenty of friends who thrive at their craft while also working a part- or full-time gig.

Me? I’m not so sure. Long ago, when I first set my sights on those men’s magazine mastheads, I was told by a journalism professor to never use cliches. But there’s one adage that seems appropriate as I try to answer that question: